Georgetown is 0-16 in the Big East this year. That's right - they have 0 Big East wins. They are 6-21 overall. This is a year after winning the Big East Tournament and making the NCAA Tournament, from which they were badly blown out in their 1st round game. How did this startling fall happen?

Over the last few years, there have been a massive number of transfers of top players out of Georgetown. A few have made cryptic statements on their way out the door. The most startling transfer of all was starting center Qudus Wahab, who appeared to greatly benefit from the tutelage of coach Patrick Ewing and was huge in the Big East tournament last year, only to say, "see ya later." Georgetown did bring in a 5 star guard recruit who is an excellent player (better than Hawkins) and will probably make the All-Freshman team, but the supporting cast has not played well.

UConn has to be careful not to become win #1 in the Big East, which Georgetown badly needs to avoid the shame and embarrassment of a winless season in the Big East. This would be a huge blow for this once proud program that won a national championship under John Thompson in 1984 and came very close to winning 2 others while Patrick Ewing was there.

This game, in short, is a BTO game- taking care of business, as per that famous 1970s Canadian rock band:

ollie was mediocre ar both.

With the home loss to DePaul Thursday night, Georgetown has lost 17 games in a row and are 0-16 in Big East action, in last place by a full 4 games. Last place is clinched. All that remains for them is to see if they can win a league game. The home game against UConn tomorrow would seem to be their best shot. Georgetown finishes at Seton Hall and at Xavier. Which are tough places to be bringing a long losing streak.

Should they lose out and go 0-19, I am going to guess that will be a conference record for losses. Which would be presided over by arguably the greatest player in conference history. What a stunning drop in fortunes for the Hoyas.

The Line on this game is UConn -11. Preview: 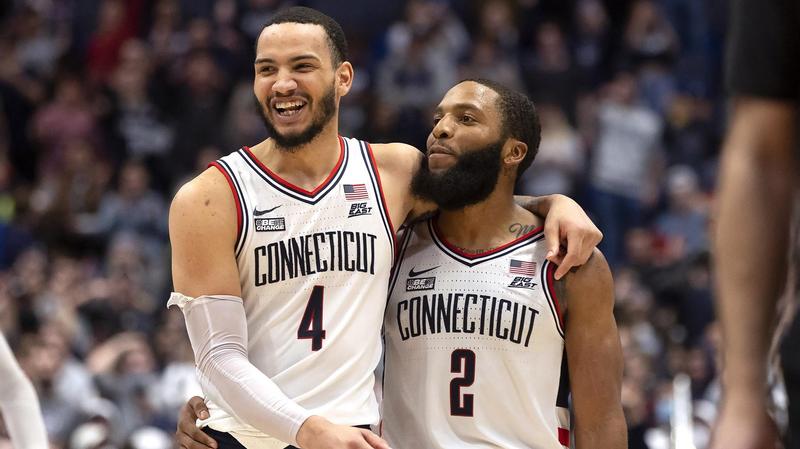 uconnhuskies.com
You must log in or register to reply here.