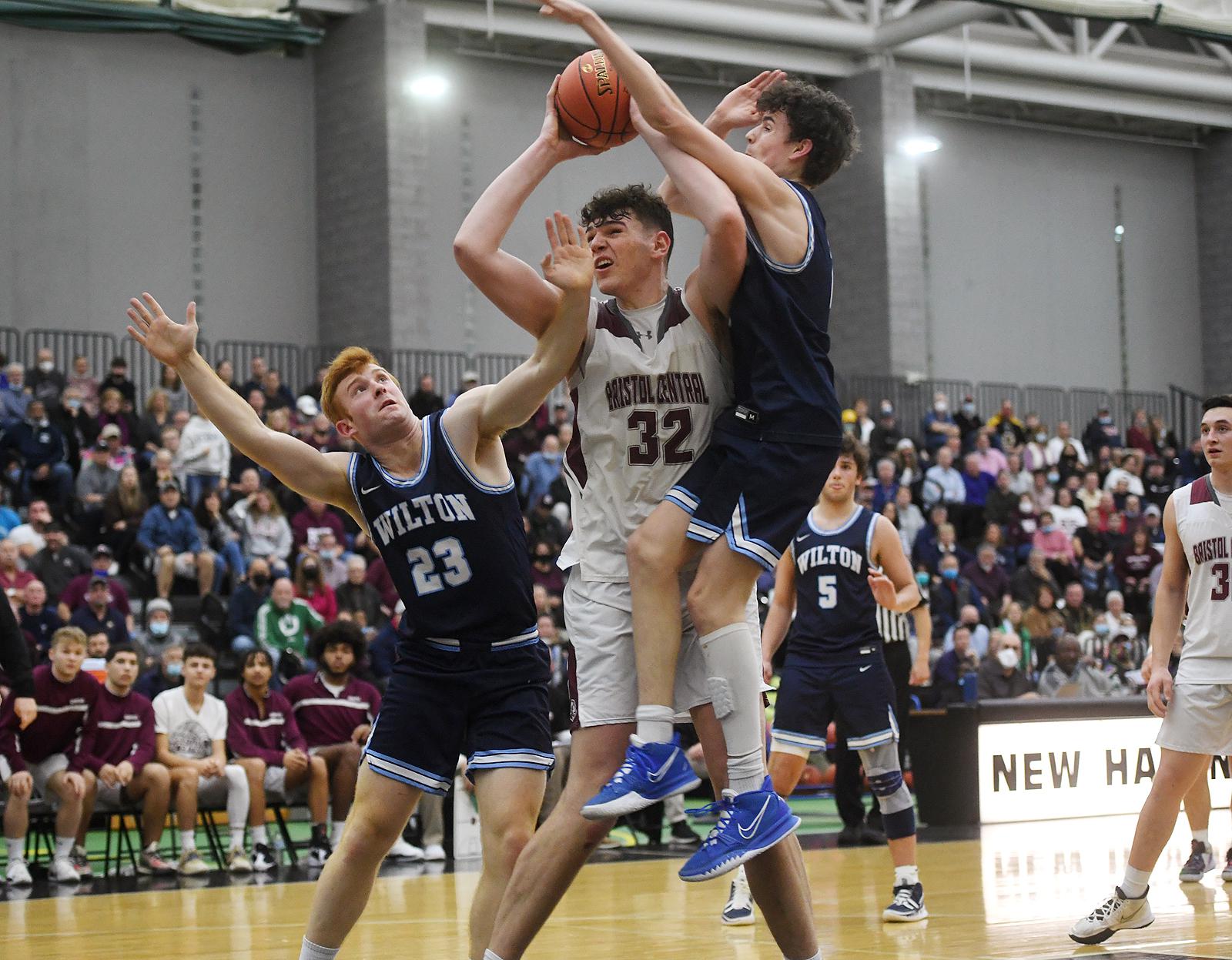 Donovan Clingan is the reigning Register/GameTimeCT State Player of the Year and has led...

My buddy coaches Wilton. ill definitely see his brother tomorrow and possibility him.

CaNOLEE said:
What were his #’s?
Click to expand...

As stated in the article I posted above: 29.9 points, 18.1 rebounds, 6.1 blocks and 3.1 assists per game. BC does play a pretty good schedule as far as CT teams go, I posted another thread about it. In the State Tournament, you are only facing the best teams of your division.

I meant against Wilton.

He had like 38, 20 and 13 blocks against Wilton per my buddy. But he’s a year or two away from helping in his opinion. 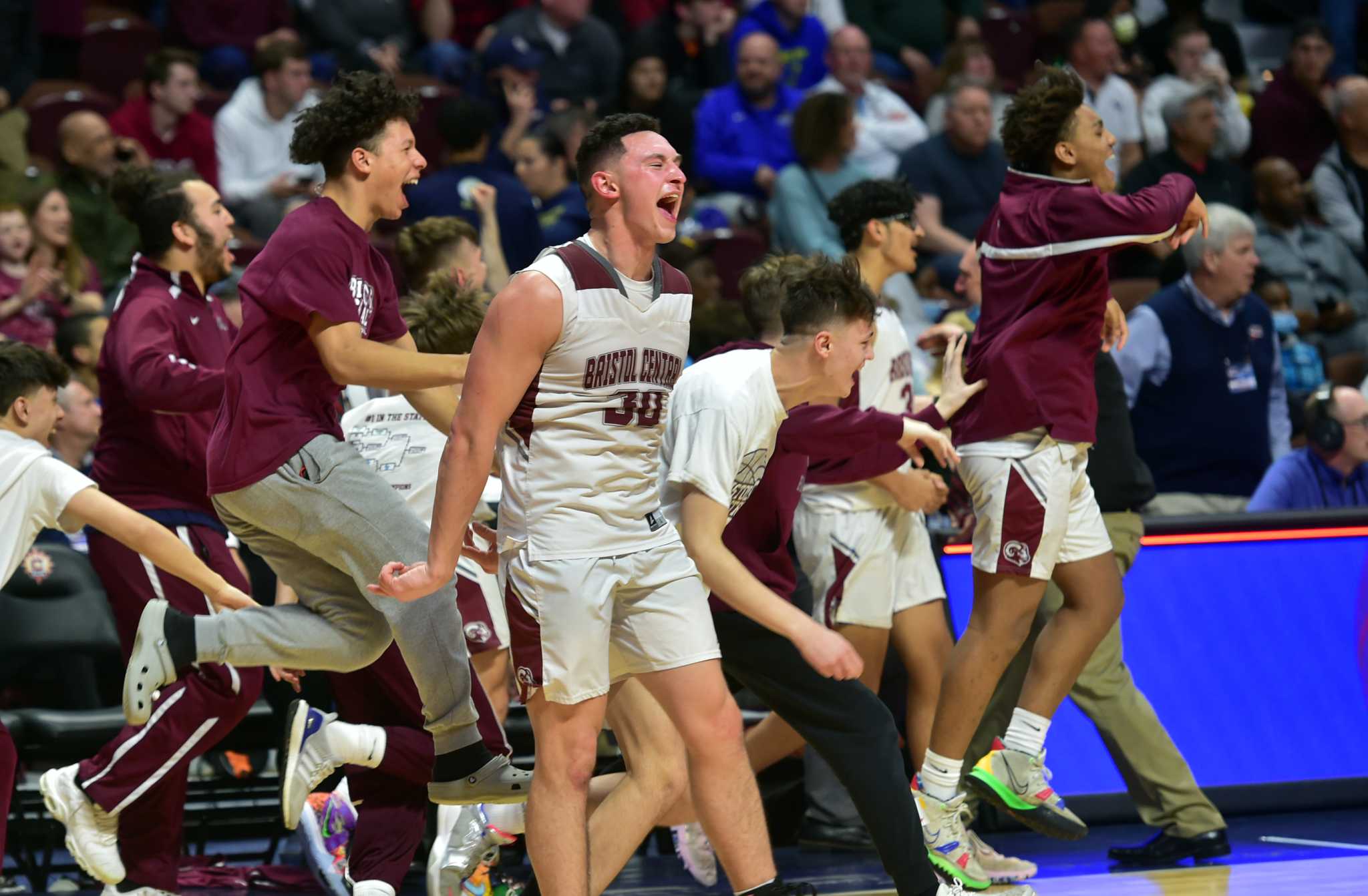 Another write-up (from the NHR by Jeff Jacobs) on the win for Clingan and his buddy Victor Rosa both heading to Uconn from Bristol Central. Rosa was a key recruit for Jim Mora and a will be a RB /Slot WR after also being named Gatorade Connecticut Player of the Year....in Football

"Neither will play another official game together again. This was it" .....“Everybody says I suck at basketball,” Rosa said. “But I’m here playing defense, doing my role, fitting in where I fit in.”........."Rosa is one of the fastest high school kids in the state. He has gone under 11 seconds in the 100. He is a work-out freak. Bristol Central’s offense in football often was Victor left, Victor right, Victor up the middle, Victor occasional pass. He easily led the state with 2,728 yards rushing in 11 games. He scored 41 touchdowns. He passed for 849 more yards."

“We’re both going to do our thing at UConn,” Rosa said, “But we’re going to remember this night the rest of our lives.”

Victor Rosa and Donovan Clingan, both Gatorade Players of the Year, both headed to play...

This reminds me of a rec league basketball team I coached. We had a kid who was All State in soccer for Avon. I started him at guard. He wasn't a skilled basketball player, but he was fast and athletic and hustled and was tremendous defensively and in fast break/transition. He was also a leader. So he set the tone with his play. He was our version of Rosa.

we won a middle school championship in Norwalk with An All fciac soccer player at the top of our 1-3-1. I was the PG, but got to play the wing on defense, while he ran all over the court pressuring the ball And initiating the trap.

we just can’t expect Clingan to be the savior next year, or even the following. Samson better be ready to go. Akok will definitely have a chance to shine.
Reactions: the Blades

CaNOLEE said:
we just can’t expect Clingan to be the savior next year, or even the following. Samson better be ready to go. Akok will definitely have a chance to shine.
Click to expand...

True, that's what it looks like to me. At least a few years away and Hurley's gonna have to do something he's not good at. Adapt his style (zone ?) to allow Clingan to even get on the court. Because there is no way he will be able to guard away from the basket on swithches. Kid needs alot of work on his body and conditioning, but as the saying goes, " you can't coach (someone to have) height"

CaNOLEE said:
we just can’t expect Clingan to be the savior next year, or even the following. Samson better be ready to go. Akok will definitely have a chance to shine.
Click to expand...

Akok did not really see many minutes this year, although he played well at times in his limited minutes while also looking foul prone.

the Blades said:
Kid needs alot of work on his body and conditioning, but as the saying goes, " you can't coach (someone to have) height"
Click to expand...

"For Clingan, it’s all about getting stronger, getting in shape before he officially arrives on UConn’s campus in early June (though he’s more or less been a fixture there since committing to the Huskies last fall, even trying to convince ECU transfer Tristen Newton to commit to the Huskies on Saturday)............ Clingan has already lost 15 pounds since the end of the high school season just a few weeks ago. UConn strength coach Gavin Roberts has given him a weight-lifting regimen, and Clingan is working out every day before school — and after, if needed. “Every day I’m working on my game, trying to get as good as I can until I get to campus,” he said. “I’m trying to get in as best shape as I can.”

Also--
----Hurley recently revealed that he plans to run more of a four-out offense — four guards/shooters on the perimeter around one big man — and that suits Clingan just fine. “It gives me a chance to play one-on-one, and I can find shooters in the corner, wings, wherever,” he said. “It’s gonna space the floor more and gives me more space to make a move and get to the basket, or pass the ball if I have to.” (maybe he can teach Sanogo that skill) 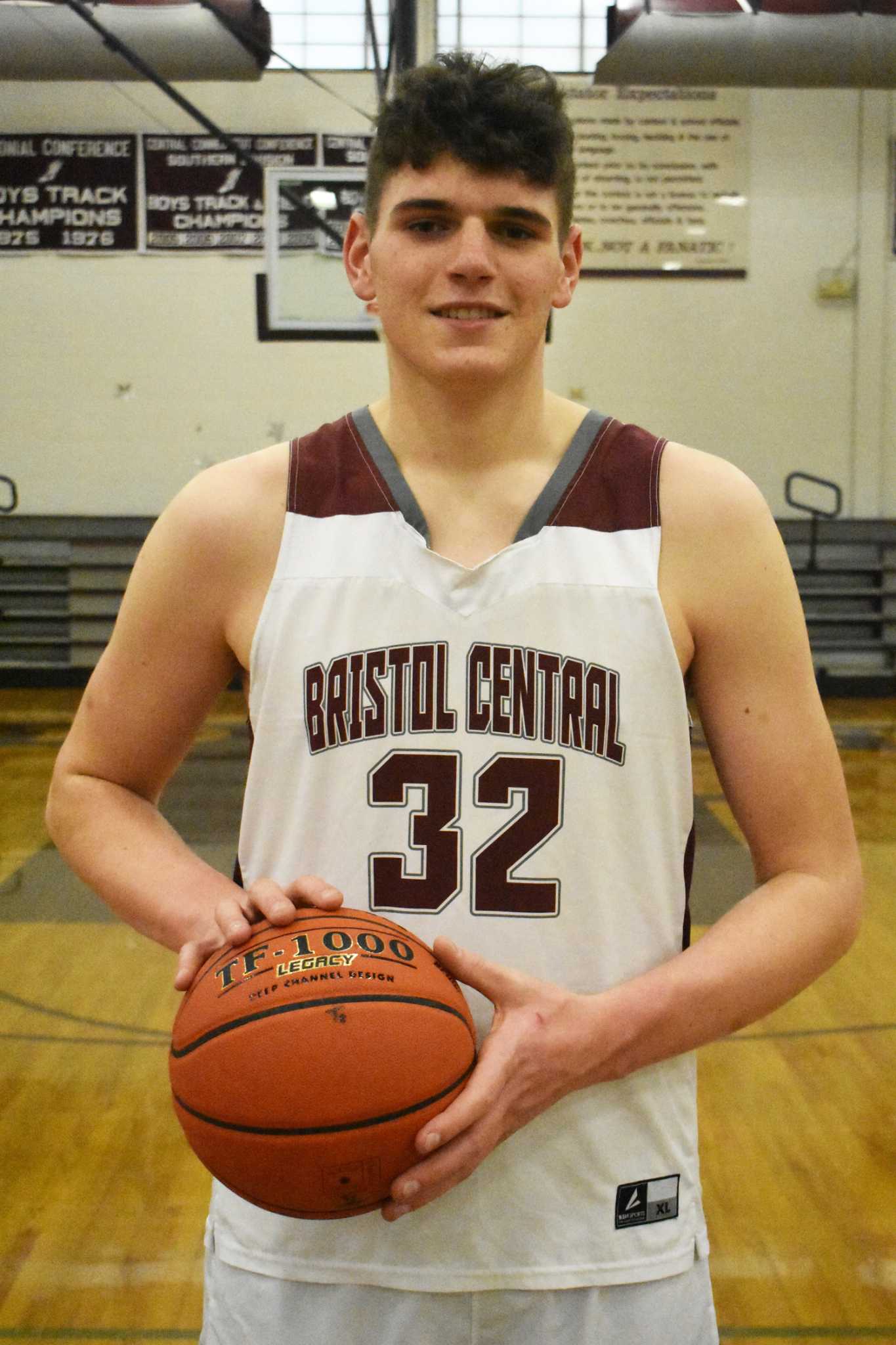 Donovan Clingan scored team-high 21 points in Sunday’s all-star game, but knows he must...

www.ctinsider.com
You must log in or register to reply here.